TOUR OF SOMERSET AND EXMOOR 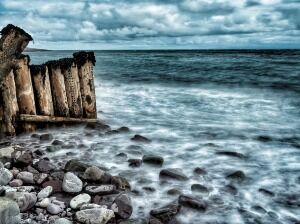 Despite the coronavirus restrictions I decided that it was time to do a bit of travelling and booked two nights in the Premier Inn at Bridgewater, Somerset. I planned my route in advance and headed initially for the Clifton Suspension Bridge in Bristol. My plan was to drive into Bristol over the bridge and then park up but this was thwarted as the bridge was closed for maintenance. I therefore had to detour in through the centre of the city and then back out to Clifton. Although the bridge was closed to traffic it was open to pedestrians and I got some reasonable shots and returned to the car just as the rain started. Next stop was Cheddar Gorge where I took a few images and then set off for Glastonbury. Once again there was a road closure which involved a significant detour but I eventually arrived and took some images of the Tor from two different viewpoints. I then made a flying visit to Stembridge Tower Mill, the last remaining thatched windmill in England and finally visited Burrow Mump where I took some images of the ruins but also of Glastonbury Tor in the distance.
Day 2 was scheduled to be around Exmoor, starting at Porlock Bay where I took some images using the "little stopper" filter. I edited one of these in Snapseed and it appears in the header of this article. Next stop was Watersmeet where I used the tripod to get some images of the various waterfalls. I intended to spend some time in Lynmouth but, despite the virus, car parking was at a premium so I moved on to the Valley of the Rocks. Moving inland I headed for Landacre Bridge but the road to it was closed so I headed for Tarr Steps, an ancient clapper bridge. This took me ages to get to as I initially approached from the wrong side of the river but I eventually found it and took several images. My return to the hotel was thwarted by yet another road closure but I eventually got back to Bridgewater.
Returning home on Day 3 I called in at Brean Down where I took some images on the beach and I then drove through Burnham on Sea but stopped only briefly and did not take any images. The better images from the tour can be found in the Somerset Gallery.
Next
Previous